To all former Southern Airways employees. Last week my Dad, Charlie Williams passed away. Dad started to work at Southern in 1952 as a ticket agent and weathered all the storms and mergers and retired from Republic Airlines in 1986. During his time with Southern/ Republic he served as station manager in Decatur, Alabama from 1960 - 1962, he was station manager in Muscle Shoals, Alabama from 1962 - 1971, he was a station supervisor in Fort Walton Beach from 1971 - 1982 and finished out with time in Memphis and Atlanta. He couldn't stand retirement and became the station manager in Pensacola, Florida with Northwest Airlink. Dad was 93, and he passed peacefully and joined his wife and our Mother Maxie in Heaven. We were an airline family and he loved Southern Airways and he instilled that love in us. He is survived by his son (me) Lex Williams, Jan Thomas and Pam Auschwitz. 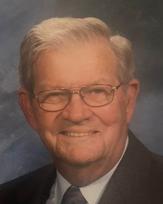