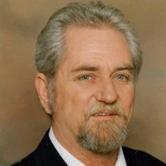 James Ervin Hammond, Jr., age 76, of Marietta passed away July 22, 2021. James was born to James Sr. and Margaret Hammond and grew up in the Jefferson area. After graduating from West Fulton High School, James went on to work in a number of fields where he gained a multitude of life experiences. He enjoyed his time working as a long-haul truck driver and got to visit many places in the United States while on his routes. He would much rather take a road trip than fly, even though he had his pilot’s license and would frequently fly his small aircraft in earlier years. As a draftsman, he helped design plumbing and duct work systems for many buildings in Atlanta. His last and longest occupation was a stock clerk in the parts department for Northwest Airlines, from which he retired due to disability caused by Post-Polio Syndrome. James always had a story from his travels and work experiences that related to any situation. He never let his disability inhibit him from accomplishing his goals whether it was truck driving, flying a plane, building homes, or enjoying one of his many pastimes.

James had a number of passions that he pursued in his free time. He was a talented painter, with birds being a favorite subject matter. The great outdoors was a comfort and a joy to him, and he always had a boat and went on fishing trips. James was also a huge movie buff and had created his own spreadsheet and rating system for movies. He was a racing fan and hated to miss a race at Talladega. He made his family promise to take him with them every time they go to Talladega.

James was a people person and delighted in talking to others. He believed it was more important to be kind than to be right. It was said that “if you have James Hammond as a friend, you have a friend for life”. He was generous in many ways, including being generous with his time, both professionally and personally within the community. He was a long-time baseball coach and had many tips and tricks on teaching the different facets of baseball.

A memorial service will be held Thursday, July 29th, 3:00 PM at Davis-Struempf Chapel with Pastor Tim Childers officiating. The family will receive friends from 1:00 to 3:00 PM before the service.

In lieu of flowers, the family requests donations be made to the ALS Associating at https://www.als.org/

For those who are unable to attend the service in person, you may view the livestream of the service at the above listed time and a link will appear on James’ tribute wall on Davis-Struempf Funeral Home’s website.