William Gerald Wilcoxon left us peacefully on the afternoon of March 9th, 2022 in the comfort of his home on St. Simons Island GA, surrounded by his loving family. He rests now in the arms of the Lord and is reunited with his friends and family that have gone before him. He was preceded in death by his mother and father, Jessica and Floyd Wilcoxon, his honorary father Calvin Simmons, and his older brother, Robert Mack Wilcoxon.

Crash was born in Kingsport, TN . There he enjoyed an idyllic childhood playing along the banks of the Tennessee River. He cast trotlines on his way to school and competed fiercely with his older cousins and brother in sports. Humble beginnings stirred in his young heart the desire to succeed and planted lifelong seeds of motivation. 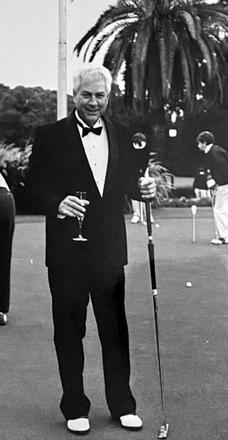 Crash’s family moved to Roswell, GA where he graduated from Roswell High School as an outstanding athlete. He was inducted into the 1st class of the Roswell High Athletic Hall of Fame. He set a school record with 16 varsity letters in football, baseball, basketball, and track. He was selected by the Atlanta Journal Constitution as a first team All State quarterback twice. He played for the legendary Coach Yoast while at Roswell High, and his talented football career became an inspiration for a character in the movie “Remember the Titans''. Crash was awarded a football scholarship to Georgia Military Junior College where he rose to become Company Commander , among other honors while continuing to shine under the lights as the quarterback for the football team. He went on to graduate from Georgia State University with a Bachelor’s degree in Political Science.

As a young teacher and football coach, he advanced to the position of head football coach. He was then honored to become the head coach for the Atlanta Spartans, the semi-pro football team in Atlanta.

Crash had the humble opportunity to serve on the Board for Georgia Military College, and was honored to be selected as the keynote speaker at their Alumni Weekend.

His life’s career as an airline captain gave him the nickname of Crash in the men’s locker room of Atlanta Country Club by his golf buddies. He flew for Southern Airways, Republic Airways and Northwest Airlines, through mergers, a career that spanned over 25 years. Throughout his career, and after retiring, Crash had many “projects” - as he referred to them. These investments remarkably ranged from collision repair of corvettes in the 60’s, constructing fine homes in the 70’s, restoring historic Naylor Hall in the 70’s, building his own private residence using architectural elements salvaged from Atlanta Country Club’s historic clubhouse, hotel properties in the 80’s and 90’s, to retail establishments in the 2000’s. Many of these business ventures were discussed and negotiated on the golf course, and in the men’s locker room. Always keen for a good investment, he and a group of fellas even one time decided to purchase a race horse. There was never a dull moment with Crash.

Crash’s interests were varied including boating, golf and music. Plenty will remember Crash for his beautiful soft voice as he entertained many with his favorite Elvis ballad, “Can’t Help Falling in Love”, and Sinatra’s “My Way”. He loved adventures and the exciting journeys of the many waterways he traveled. With his wife, Jennifer, and daughter, Caroline, in tow, he completed half of the Great Circle Route in his houseboat, The Captain Crash, and cruised the Gulf and the intercoastal waterways along the Eastern Seaboard in his historic Trumpy yacht, The Drifter. From New Orleans to Sag Harbor, from Chattanooga to St. Simons, many lifetime memories and new friends were made along the way. Navigating through thirteen locks, including Wilson Lock, the second tallest in the world, through open seas in the Long Island Sound, circling the statue of liberty, and cruising through the candy colored sunsets…. life on the water really spoke to our Captain.

If he wasn't on the water, Crash could be found enjoying a beautiful, albeit competitive, round of golf. He enjoyed memberships at Atlantic Country Club and Sea Island Club. Crash was always serious about his game, and there was usually a wager involved amongst his golf buddies. If you had the chance to play with him he would say with a smirk “bring cash”.

Even though he was never shy about selling a house, Crash loved Butler Cottage, his 1913 cottage in King City. Many friends, and passersby fell into the easy routine of porch life with him there. Whether for coffee or cocktails, if Crash was in his chair, the open invitation was known. Laughter would often permeate the neighborhood as tall tales were shared. Left to cherish his memory are his wife of thirty-three years, Jennifer Chatham Wilcoxon, and his 4 children, William Gerald Wilcoxon Jr (Stacey), Elizabeth Wilcoxon Selman (Matt), Wendy Wilcoxon Palmer, and Jessica Caroline Wilcoxon, along with 6 grandchildren, Allie & Austin Wilcoxon, Charlotte & Calvin Selman, Alex & Reagan Palmer.

Those of us that survive him are honored to pick up his torch, even knowing that to replicate his magic would be impossible. We are simply so grateful for the lessons, love, memories, and traditions that he imparted to us over the years.

An intimate family memorial is planned for Tuesday, March 15. Memorial contributions can be made to Georgia Military College.

We are heartbroken and overwhelmed with grief and pain at the loss of our Crash. His memory and his light will be remembered by all who knew and loved him. We say, see you soon again, to our family hero who has left us with wonderful memories, full hearts, and a legacy of love. To my Crash… I carry you in my heart my love, until we meet again.

Passing time can never fade All the special memories made; Loved ones never really part For they live inside your heart. He will be missed by many, but the legacy of Crash will live on forever.